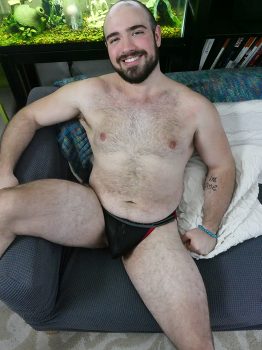 160
Ray had flirted with me on Growlr for a few months before we finally found a time to film something. He has one of the cutest smiles. Some other guys would describe him as a pretty cub, but I just think he's well put together. He loves a big dick up his tight ass. He can get pretty verbal too. And he knows how to work his athletic Latin ass.
Ray DeLuca appears in these scenes